How Mexico's Currency Can Help It Survive The Forthcoming Trade War

Mexico’s currency, the peso, is something of a barometer for its relationship with the USA. When the relationship is sunny, the peso’s exchange rate versus the US dollar is strong: when storms are on the horizon, the peso falls.
Currently, Mexico’s relationship with the USA is decidedly stormy. The new US President, Donald Trump, has announced his intention to renegotiate the NAFTA trade agreement with Mexico and Canada, on which Mexico’s close trading relationship with the USA depends. He has also issued an executive order authorising the building of a wall to stop illegal immigration from Mexico to the USA. A proposal to pay for this by imposing a 20% tax on imports from Mexico caused the Mexican president to cancel a planned meeting with President Trump, though a subsequent phone call apparently smoothed down ruffled feathers to some extent.
But relief was short-lived. Mexico has now announced that if the USA attempts to impose high tariffs on imports from Mexico in the forthcoming NAFTA renegotiation, it will walk out of NAFTA. This would force the USA to adopt World Trade Organisation tariffs in its trade relationship with Mexico. According to Bloomberg, this would mean average tariffs of about 3% – hardly disastrous, compared to the proposed 20%. 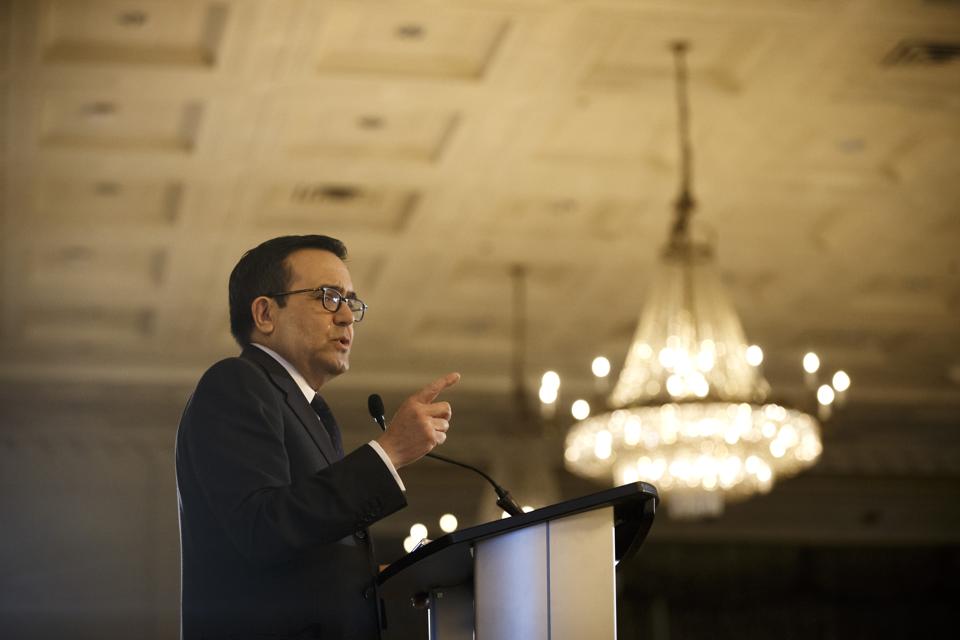 Of course, there is no guarantee that the USA would necessarily adopt WTO tariffs. President Trump’s trade team is distinctly lukewarm about the World Trade Organisation, and there are reports that President Trump is already looking for ways round the WTO’s dispute resolution mechanism in order to impose unilateral trade tariffs on some countries without risk of sanction. The White House has also expressed a preference for bilateral trade deals. It is possible that, rather than reverting to WTO rules, America might seek to negotiate a bilateral deal with Mexico. It is hard to see that this would be in any way favorable to Mexico.
Nevertheless, Mexico seems to have decided to play hardball with America over NAFTA. Is this a wise strategy?
On the face of it, no. Towards the end of 2015, an IMF report showed that since the introduction of NAFTA in 1994, Mexico has become increasingly dependent on the USA. Over 80 percent of Mexico’s exports now go to the U.S., and half of its imports come from there. Mexico is deeply integrated in U.S. supply chains, particularly manufacturing production. The IMF observes that Mexican and American industrial production are cointegrated and follow a common cycle. Increases in American economic output are transmitted one-for-one to Mexican output.
Furthermore, Mexico’s financial economy is closely linked with that of America. Much of Mexico’s inward investment comes from the USA, and external investors hold about half of its government debt. Although the peso is not pegged to the US dollar, changes in US monetary policy nevertheless directly influence monetary conditions in Mexico because of its synchronised business cycle and close import-export trade and financial links.
Fuente: Forbes