Catching Up With: Reid Bigland, Head of Alfa Romeo and Maserati

Reid Bigland became head of Alfa Romeo and Maserati in May 2016. He is also in charge of U.S. sales and serves as chairman, president, and CEO of Fiat Chrysler Automobiles Canada. We picked his brain about the business as Alfa and Maserati look to expand their North American footprints.

AM: What will define Alfa’s success here in the near future?
RB: Brand awareness is an issue. Brick by brick we’re going to start to increase it. [How many we sell] is not going to be the barometer. We need to be true to Alfa’s key attributes: building great cars, plus great driving dynamics, incredible performance, gorgeous Italian design and style. Let’s assess whether or not we’ve been successful in three or four years. 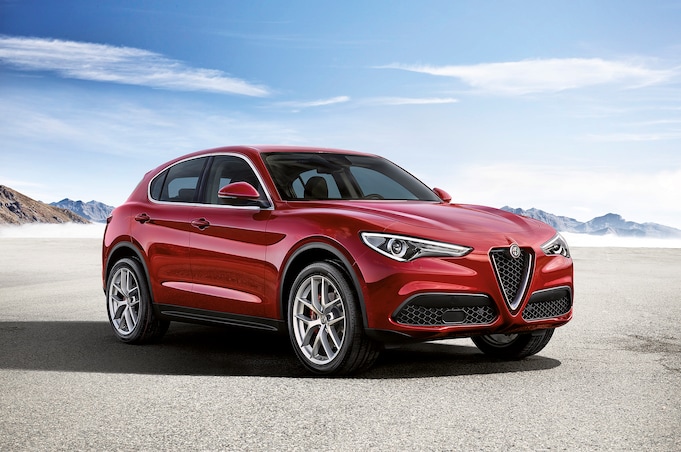 AM: How will you position the Stelvio SUV?
RB: We have no intention of bringing it to the Rubicon Trail. We would probably take it to the Nürburgring before we did that. By being true to those key attributes, the key is to develop an SUV that also performs like a two-seat sports car on the track.
AM: Once you get Stelvio to market and the full range going, what do you anticipate the mix will be?
RB: I think [it will likely] be 5, 10 percent on the Quadrifoglio Verde performance models, on the Giulia as well as the Stelvio. I think everybody wants [a QV model]. It’s just … not everybody buys one. But the 280-horsepower version is no slouch. You want to benchmark, at the top of the range, our Quadrifoglios against AMGs or Ms, which we think we’re a cut above. And when you want to look at our base engine against the competitors’, let’s go. We’ll put it up against anybody.
AM: You’re fine with people taking these cars to the track?
RB: Going to the track is really in the Alfa DNA. So I think when somebody buys a 505-horsepower vehicle, I think that urge to let her rip is almost irresistible. As a responsible automotive executive, I would rather them take it to the track than zip up and down the highway. The 7 minute, 32 second lap around the Nürburgring in the Giulia QV that test driver Fabio Francia did, that was a completely stock car. If you put on — as many competitors do there — stickier tires …. We might go back and play around a little bit and really take this thing to the limits.
AM: Where do you see Alfa buyers coming from?
RB: Our research says there are customers looking for something different. They still want a European import that drives and handles well. One person basically said, “I used to feel a bit unique and exclusive in driving a BMW. Now they’re becoming a little bit too commonplace, and I want to stand out.’” 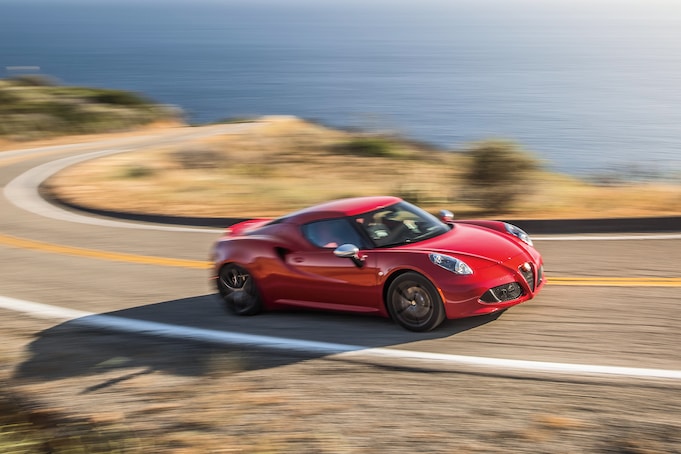 AM: With Alfa and Maserati, will there be crossover that could cause cannibalization or other dealer issues?
RB: The 4C is significantly smaller than Maserati’s specialty vehicles. The Giulia is a midsize sedan, not full-size, the Stelvio is a midsize SUV, not full-size. It’s a nice package for a dealer that has virtually 100 percent of the premium market covered by the two brands. The other difference is price. Maserati generally starts in the low $70,000s. Alfa won’t typically go that high. It’s the low $40,000s into the mid-$70,000s, and that’s where Maserati will generally pick up. Vehicle sizes and price points will differentiate them.
AM: How much of an advantage does a brand such as Maserati give you in the market?
RB: We don’t have to take a brand all the way down to $29,000 and then try to stretch it up to $120,000. If you look at Mercedes, BMW, and Audi, you can get one of those for the low $30,000s all day. I think if I paid $30,000 for my Mercedes and you paid $150,000, and we both have the same keychain, it’s a bit of a funny feeling. Whereas with Maserati it’s an exclusive club, and I think that resonates with people.
AM: Speaking of opportunities, what is the latest on the Alfieri coupe?
RB: I don’t think we’ll have an Alfieri in 2018. But it’s still orbiting the Earth, we continue to kick that around. We’re coming off an unprecedented level of investment at Maserati. We’ll continue to make incremental improvements to our product portfolio, but arguably the next ones out there would, yes, be the Alfieri and then potentially a next-generation GranTurismo and GranCabrio
Source: Automobile