Perched between the top-of-the-line AMG 63 and GT models from Mercedes-Benz and its standard models are the 43s. 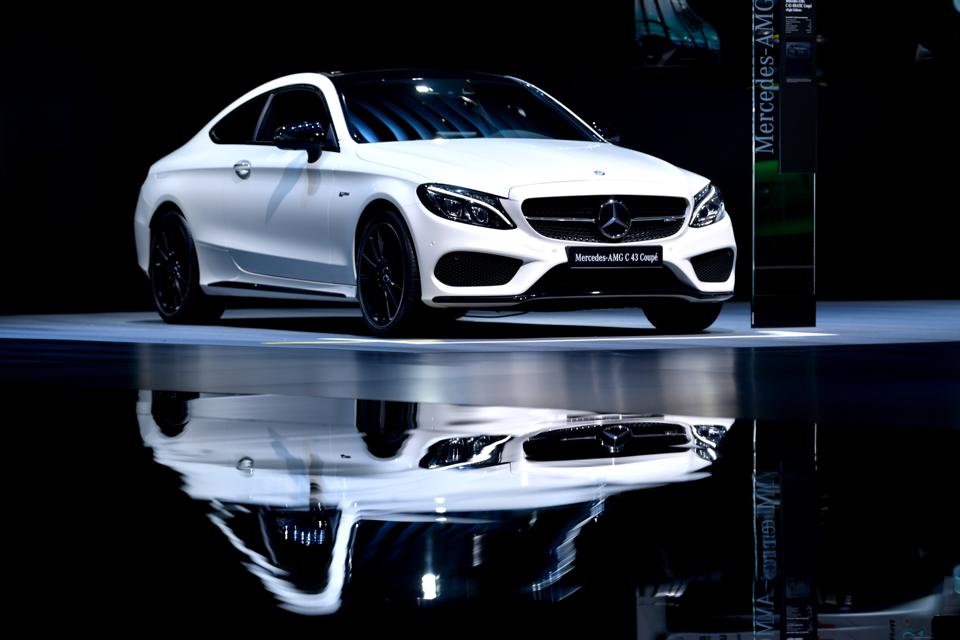 No, until recently I hadn’t been aware of them either: Another bit of nomenclature complexity from Daimler AG, the absolute experts when it comes to creating confusing model designations.
The AMG 43 versions of C, E and other Mercedes vehicles cost more, of course, and offer bigger and more powerful engines – though short of the hand-built machines at the high end. They include a few styling touches, such as a handsome jeweled grille. 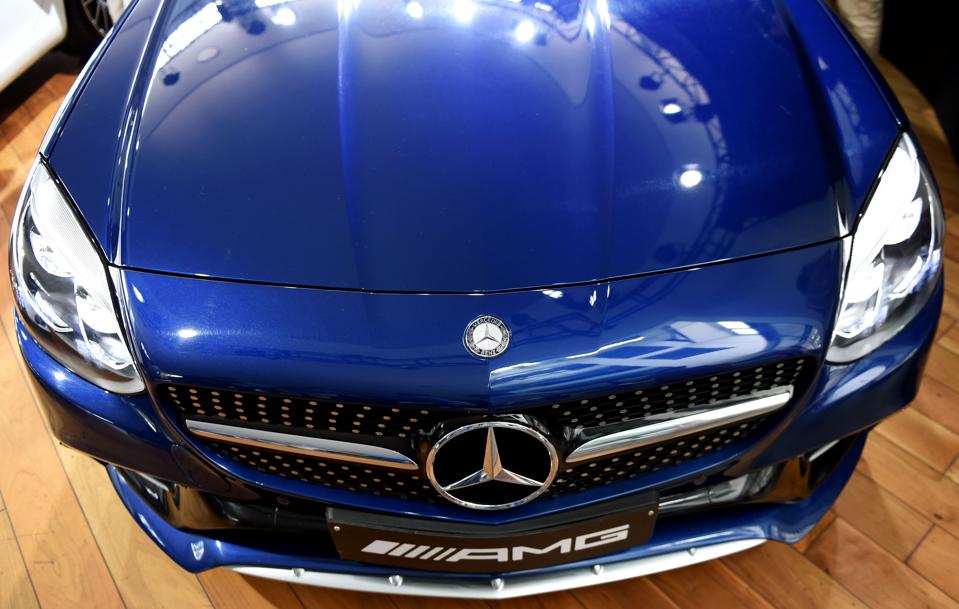 A newly launched Mercedes-AMG SLC 43 is displayed during an event at a Mercedes showroom in New Delhi on July 26, 2016. /

“The ‘43’ models boast the characteristic AMG genes, which are also included in our GT and ‘63’ vehicles, and thus consistently interpret our brand essence of ‘Driving Performance’ in their segment,” AMG chairman Tobias Moers told Auto Week. “Sports-car racing technology and racing flair thus become more attainable and appeal to a broader customer base.”
The business geniuses from Stuttgart have pursued a classic strategy of product differentiation, which has helped push Daimler AG to the forefront of the global luxury car business.  Until December 31, the champ was arch-rival BMW AG from nearby Munich. BMW since 2005 had been on top. For years, Daimler’s critics warned the automaker that its status as the preferred brand for bankers and heiresses was a losing strategy for the long term.

Dieter Zetsche, Daimler chief executive, heard the naysayers and unleashed a product and image renaissance in 2011.  The efforts bore fruit in January, when Daimler’s annual sales of more than 2 million vehicles beat BMW by about 80,000 units. Perhaps it wasn’t sour grapes when BMW CEO Harald Kruger said his company had anyway been more interested in profit than sheer number of cars sold.
My sources at BMW say the automaker isn’t taking Mercedes’s comeback lying down, has answers and will show them soon, though not at the New York Auto Show in mid-April.
Meantime, General Motors Co.’s Cadillac faces the daunting prospect of trying to keep up with far fewer models as German luxury car brands – including Volkswagen AG’s Audi – proliferate their model offerings in a bid for supremacy against one another.
Fuente: Forbes