Running On Empty With Run-Flat Tires

If you’ve bought a new car in the last several years, there’s an increasing likelihood that when you take a look in the trunk, you’ll no longer find a spare tire. At best in many cases you’ll get an emergency tire inflator kit that can be used to temporarily seal a puncture and re-pressurize the tire. On many high-performance and premium models, you won’t even get one of those if it’s equipped with run-flat tires as the 2017 BMW 530i just drove was. While I’ve driven many cars over the past dozen years or so with run-flats, this was the first time I actually got to take advantage of capability.
Why ditch the spare? Performance and fuel economy
Performance and fuel economy are most often thought of as mutually exclusive, but when it comes to the missing spare tire, it actually benefits both. As wheels and tires have become increasingly large over the past two decades, finding room to package a full size spare tire or leave room to store the flat have become more problematic. That’s what initially led to the development of run-flats.
In short, these often low-profile tires are designed to be driven on for a limited distance at a limited speed even with no pressure. According to the BMW roadside assistance rep I spoke with, the Continental tires on the 530i I was driving could go 50 miles at 50 mph. In most cases the tires have reinforced sidewalls to support the weight of the car even without air although some have a support structure around the wheel, usually some sort of hard rubber ring that takes up the weight when the tire pressure drops. 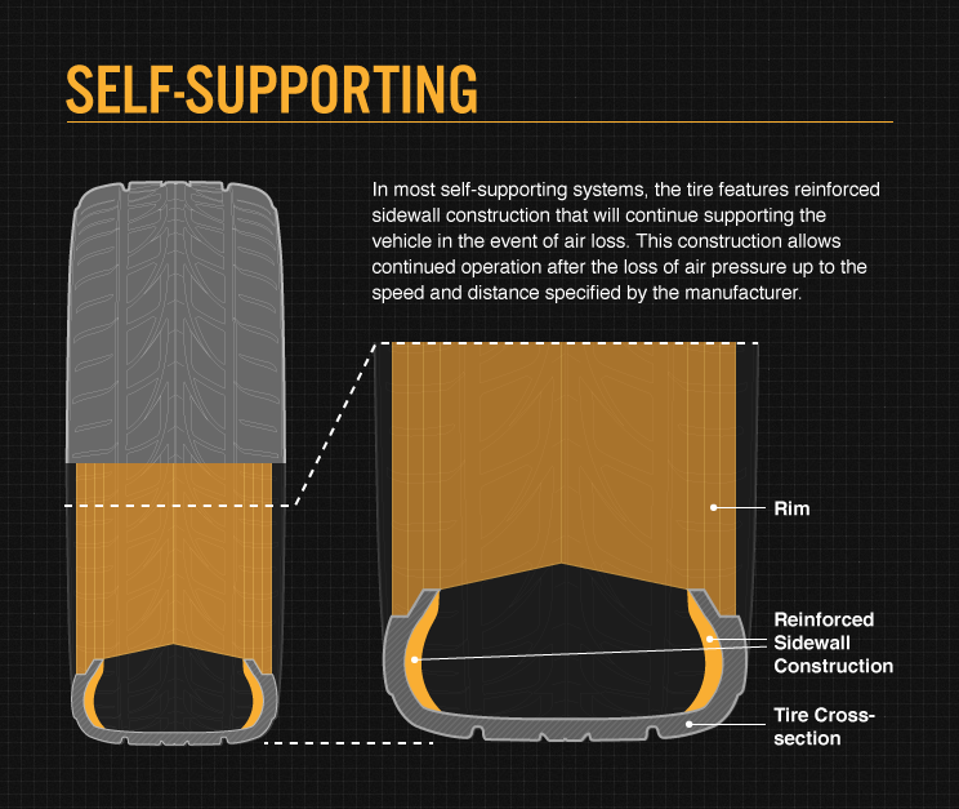 The other driver for getting rid of spares is fuel economy. The 30 to 40 pound mass of a spare tire and jack can often be enough to drop the weight of a vehicle into a lower test class for fuel economy dynamometer testing. That can be enough to pick up an extra mpg or two on the new vehicle label. In hybrid vehicles, the battery is often installed in the space that would hold a spare, forcing the use of inflator kits or run-flats.
While driving home from Cars and Coffee in the 530i on Saturday morning, I opted to take a more scenic route. About 12 miles from my house, I turned onto a gravel road. A few hundred yards later, I felt the telltale thump of pothole I hadn’t managed to completely avoid. Moments later, an ominous warning to slow down and stop popped up in the instrument cluster, telling me I had low tire pressure. After pulling over to a safe spot, I went into the vehicle information menu which told me the right front tire had 0 psi of pressure. A visual inspection showed no obvious damage, but pressing on the tread revealed the tire to indeed be devoid of air. I figured perhaps the bead had pulled away from the wheel and released the pressure. 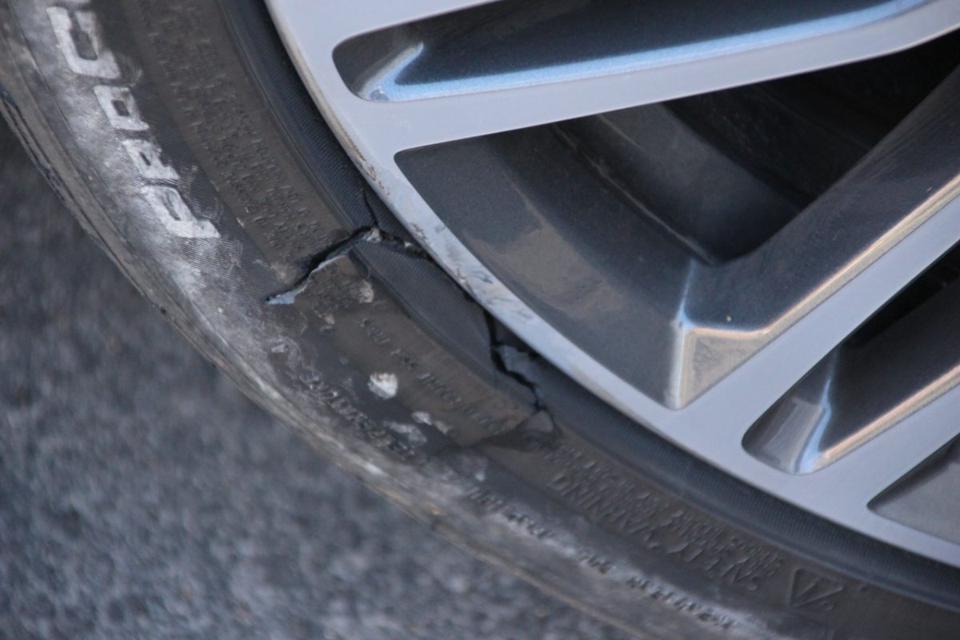 With no spare tire or even an inflator kit in the car, I used the built-in BMW Connected telematics system to call their roadside assistance. With the speed and distance restrictions they told me about and the lack of obvious physical damage, I decided to give it a try driving at 30-35 mph. About 25 minutes later I pulled into my driveway and inspected the tire again. By now, the sidewall had a distinct tear in it and it was clearly beyond repair. In retrospect, it was likely a sharp stone that sliced the sidewall, releasing the pressure. The added stress of driving, even at relatively low speed probably exacerbated the damage although a sidewall slice would be irreparable anyway.
The run-flat did get me home from a rural area safely so that’s a good thing. While I certainly understand why automakers have gone to run-flat tires as a means of dealing with ever larger rolling stock and keep weight to a minimum, I’d still like to see them at least include an inflator to let owners try to see if the tire would hold air. In my situation it probably would not have helped, but someone that picked up a nail might have made use of a sealer and compressor.

The days when a young driver needed to learn how to change a flat as a rite of passage are rapidly coming to a close. Between run-flats and the reality that everyone has a cell phone to call for roadside assistance, this time honored tradition will likely soon go the way of the buggy whip.
Source: Forbes