The first time I visited the McLaren Automotive headquarters on the outskirts of London, I was treated to a sneak preview of the new production facility. I slipped in through the guarded doors, entering a pristine white space unlike any other car factory I had ever seen. I felt compelled to whisper and walk on tiptoes. Designed by the celebrated British architect Sir Norman Foster, the two buildings that make up the McLaren technical and production centers in the leafy Woking suburb are architectural gems, polished and ultramodern with a little nod to the world of Ian Fleming’s James Bond.
This was 2011, the year McLaren officially unveiled its first production car – the 12C. Now, only six years on, the company boasts a full range of exclusive performance cars to include the Sports Series, Super Series, Ultimate Series and a selection of one-off customized cars built through McLaren Special Operations (MSO). Through the “Track22” business plan, the company introduced a second shift in production last year, has doubled output year-on-year to 3,300 cars in 2016 and close to 4,000 this year. 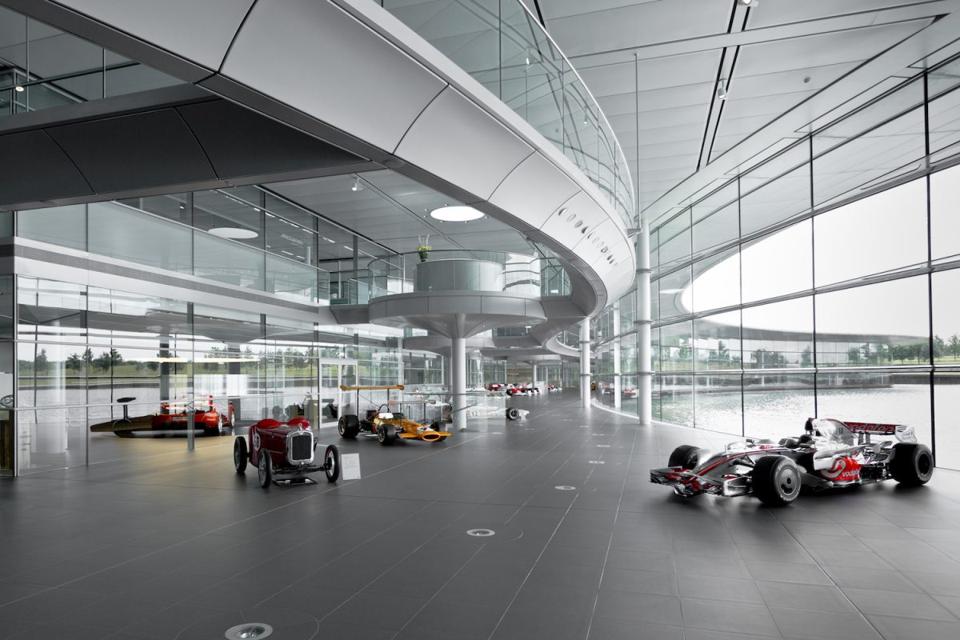 Inside McLaren Technology Centre, the company’s headquarters in Woking, UK

Much of this success is down to Mike Flewitt, who took on the role of chief executive officer five years ago. “We are getting close to where we feel our volume is optimized – between four to 5,000 cars,” he tells me. “This is the right balance between retaining the exclusivity that comes with a luxury brand like this, but also we need enough scale to have a healthy business and invest in new product development”. Back in 2011, that one model was sold via a single dealer. Now McLaren has 82 dealers and sells in over 30 markets.

The 650S (originally codenamed 12C) in the Super Series has just been replaced with the new 720S, so it is a momentous time for Flewitt as this new production car marks the first of the second series of McLaren road cars. “We started out with one car which evolved to be a range of cars,” he says. “Now that this journey is over, we are replacing them one by one with the second-generation models. It is an exciting time.” 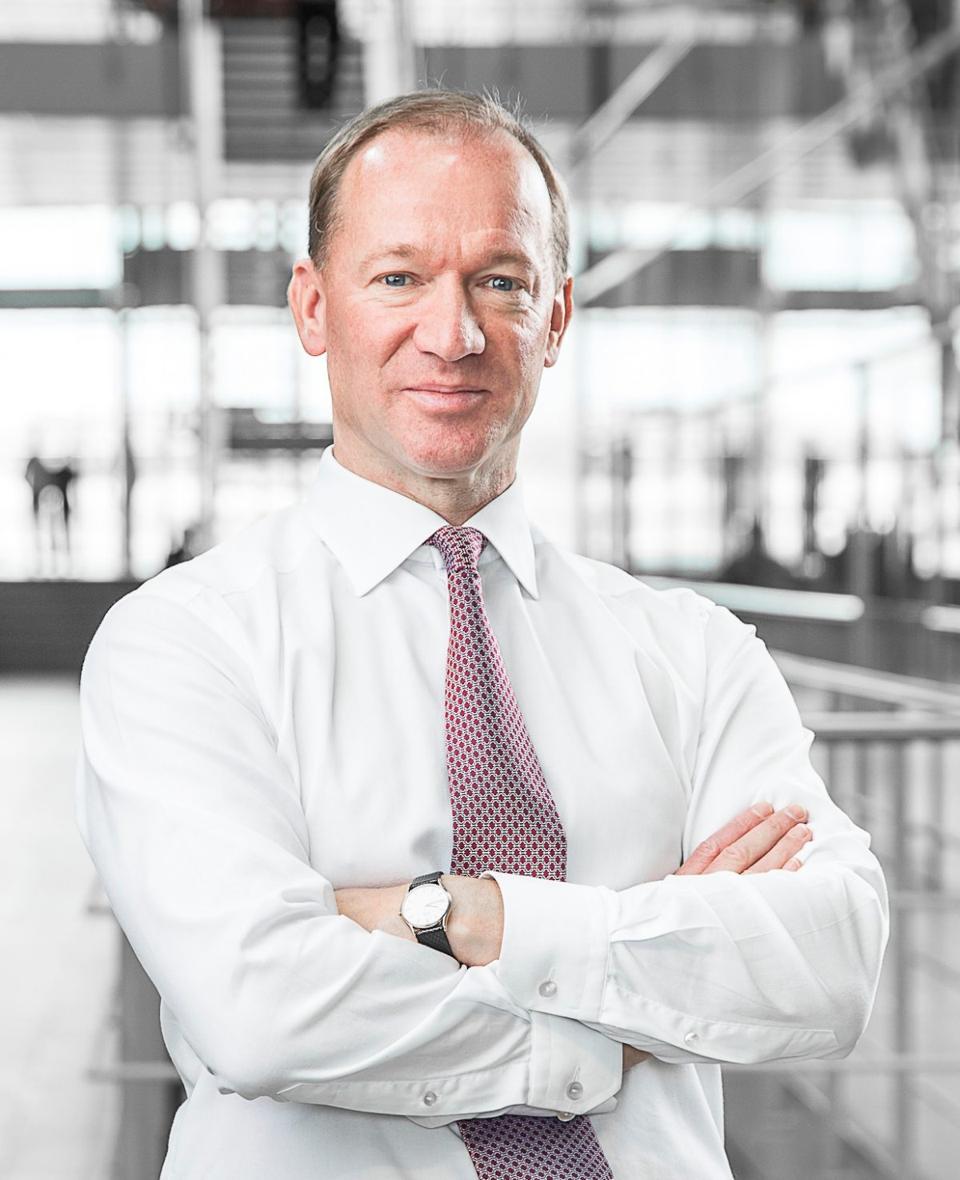 Flewitt is visibly happy with the progress: “This year I almost feel the company has come to the point where customers understand our family of cars. Our Sports Series range is very well established, we are seeing the next generation Super Series with the 720S and we have more cars joining the Ultimate Series.”
McLaren automotive may be a young venture, but the company has been making formidable racing cars since 1963 when Bruce McLaren founded the marque, two years later building his first F1 race car. In the 1980s the company pioneered the use of carbon-fiber in race cars and the material remains pivotal to the construction of the McLaren road cars.
I ask Flewitt how important it is for McLaren to be at the forefront of technology. He feels it is “very much where our brand message is”. Yet he also sees technology as a way of making the cars faster, cleaner, more efficient as well as help with creating more dynamic and exciting designs as was the case with the 720S. 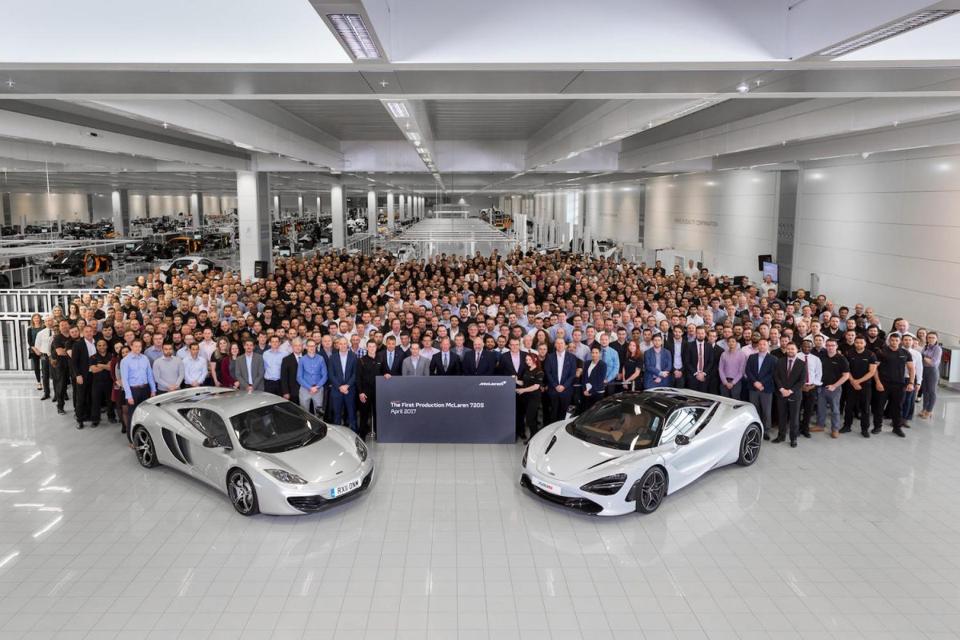 The next five years, he offers, will be a maturing phase for the company, “developing new technologies and the new range. We are also concentrating on more personalization projects for customers through MSO.” Specialists at the division work directly with customers to create individual products and the chief executive would like to explore this area further.

“I sometimes joke that MSO is our best kept secret,” he smiles. “We are really pushing this forward.” I ask if exclusivity is important for defining luxury for the brand. “Yes, yes,” he fires back. “We have been successful with the more exclusive lower volume cars, where our customers tend to get more involved. But we want to show what MSO can achieve across the whole range.” As an operation, McLaren Automotive remains relatively small and can provide a more personal service. “We’re around 2,000 here and we all work together on the design and engineering.” 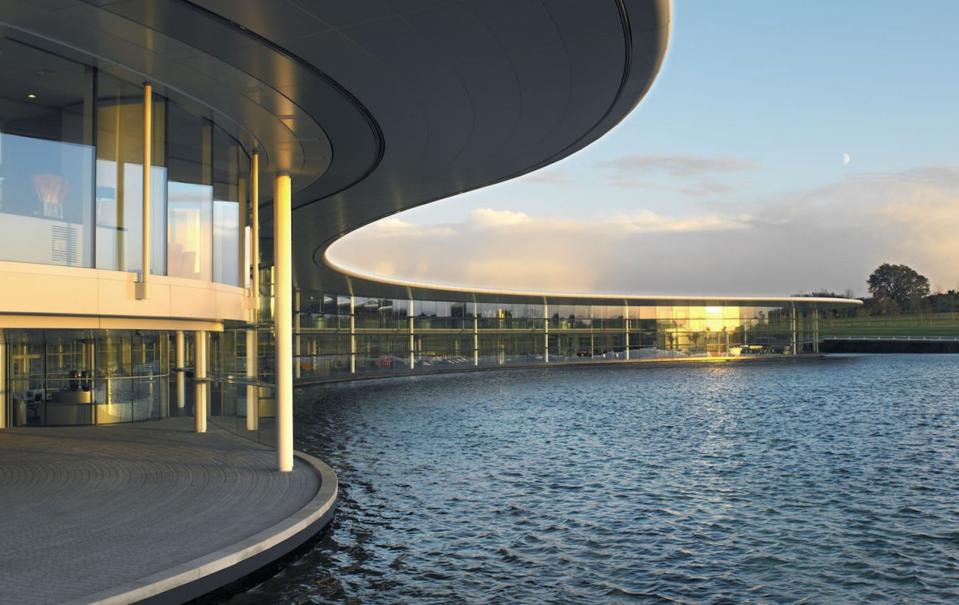 Outside the McLaren Technology Centre, designed by Foster + Partners

I observe that few auto marques make their cars in such stylish surroundings as the Foster-designed factory, nor do many have this level of technological expertise at their fingertips thanks to the dynamic McLaren motor racing side with the engineers on-site to lend a helping hand. Surely these are a huge asset when forming a compelling brand journey for customers.

He admits he would like to see more customers visit the production center and become more involved with the making of their cars. “You can get very close to the brand this way and it gives the customer a much stronger affinity to McLaren. We are lucky as for the majority of our customers specifying the car is the most exciting part. The journey is what they love. They come to Woking, create their car and then start all over again.”
Flewitt is aware that McLaren cars are seldom bought as a means of transport, but more for emotional reasons. “The cars are fun. We are providing entertainment more than transport and the more you can add to this, the more complete the experience.”
Source: Forbes