The Clarity Plug-in Hybrid will be the volume seller of the expanding lineup. At the Honda stand inside the just finished New York International Auto Show, visitors got a chance to see what many automakers will be offering in around four to five years. While most manufacturers were displaying production-ready models or soon-to-be-launched concepts, Honda was showing us what a showroom might look like in 2020 with the launch of a groundbreaking ‘3-in-1’ range of cars.

The Japanese brand unveiled two new electrified models, the Clarity Plug-in Hybrid and the Clarity Electric. By adding these two new models to the current hydrogen-powered fuel-cell Clarity, that will make Clarity the first vehicle series to offer buyers a choice of three different electrified powertrains in the one car — a fuel-cell, a battery electric and a plug-in hybrid. The fuel cell version is already on sale in California. 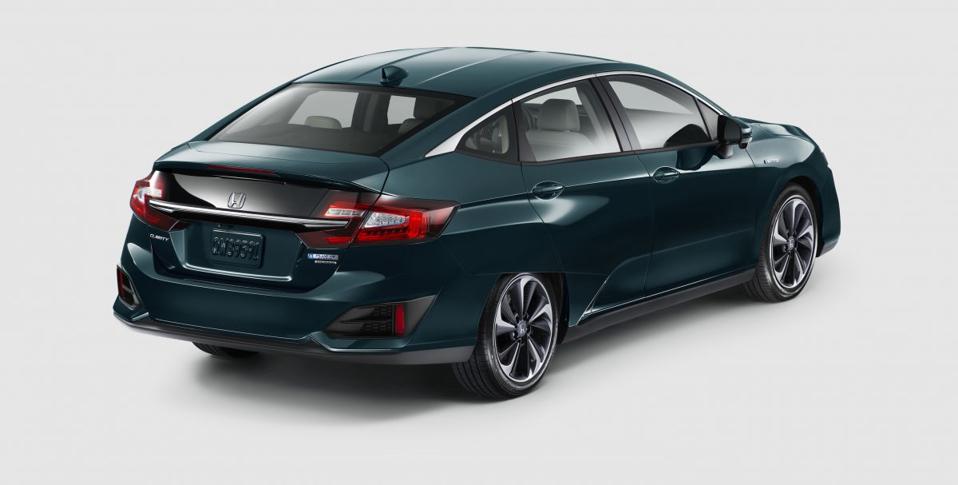 By no means beautiful, the Clarity lineup delivers a more functional, edgy exterior that Honda says has been designed to maximize aerodynamics, and in so doing, mileage. We’ll give them that. But the question remains. Why can’t manufacturers give their groundbreaking cars gorgeous exteriors to highlight their state-of-the-art technologies? Like Tesla for example.
Given the plug-in hybrid can travel 42 miles under pure electric power and boasts a range of 330 miles at 42mpg, this version is expected to be the volume-seller of the series. It replaces the hydrogen fuel cell with a 181-hp 1.5-liter Atkinson cycle engine and a lithium-ion battery pack in a setup where the engine takes the role of a generator, but can occasionally help drive the wheels. Overall mileage is estimated at 105 MPGe with a 17 kilowatt-hour battery pack capable of recharging in just 2.5 hours when connected to a high-output 240-volt supply.
The Clarity Electric, on the other hand, is solely powered by a single electric motor which generates 161 horsepower but will disappointingly force potential buyers to think twice about range anxiety due to its restricted range of just 80 miles. This range is lower than even the Nissan Leaf with 107 miles or the BMW i3 at 114 miles, and falls well short of the Chevrolet Bolt’s EPA-rated 238 miles. 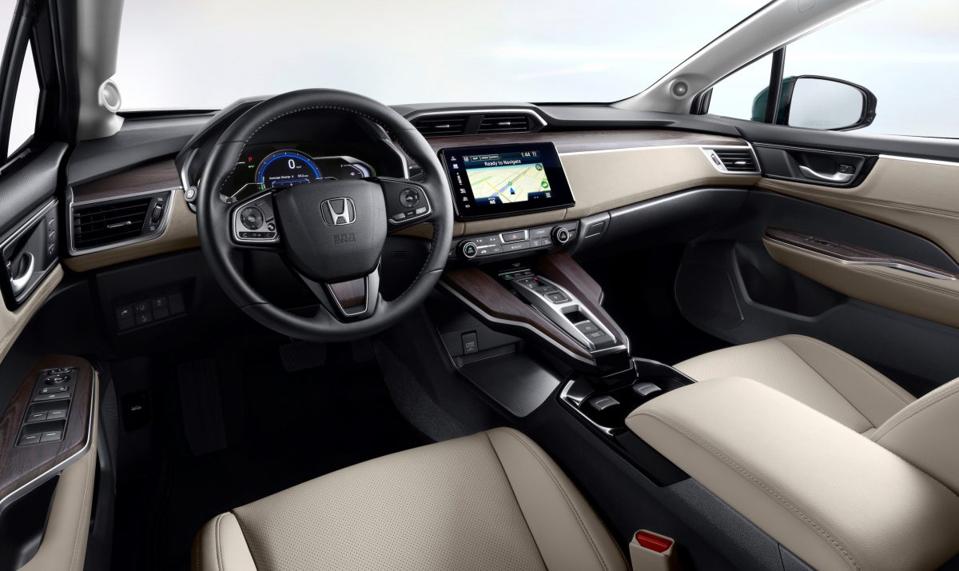 Unlike many of its electric rivals, the Clarity series offers a luxurious interior as well as the latest safety and connectivity features.

The Electric’s 25.5 kilowatt-hour pack is marginally bigger than that of the plug-in hybrid although Honda does point out that its battery can be recharged in a little over three hours at 240 volts or charged to 80 percent in 30 minutes using the quick charge system.
Honda tells us that is expects the Clarity trio to achieve combined sales in the U.S. of 75,000 units in the first four years, which much smaller numbers to be launched in Asia at a later date. The company also has an ambitious goal of electrifying at least two-thirds of its global auto sales by 2030.
Both new additions will start in the mid-$30,000 range before tax incentives, but while the plug-in hybrid will go on sale in all 50 states, the Electric model will launch in California and Oregon first before branching out to other states.