Okay Millennials, listen up. You’ve been put under a microscope by Toyota and the company is convinced it’s come up with the perfect car for your lifestyle and tastes. Apparently, you want a cool, funky-looking compact AWD crossover that has the connectivity of an iPhone, the functionality of a large Leatherman multi-tool kit and the handling of a mini Land Cruiser. And it looks just like this FT-4X concept unveiled in New York City recently. Right?

Penned by the team at Calty Design Studio in California, this orange and white concept appears to draw its inspiration from the discontinued FJ Cruiser, the Scion xB and the FJ40 Land Cruiser. Features such as the upright windshield, short overhangs, flared front fenders, a white roof, and unique Toyota lettering all scream a connection to the mighty Land Cruiser.
But it’s the connection that the interior must have with Generation Y that will either make or break this innovative concept. Targeting the perceived needs of the water-bottle slinging, iPhone wielding, café culture twenty-somethings, the 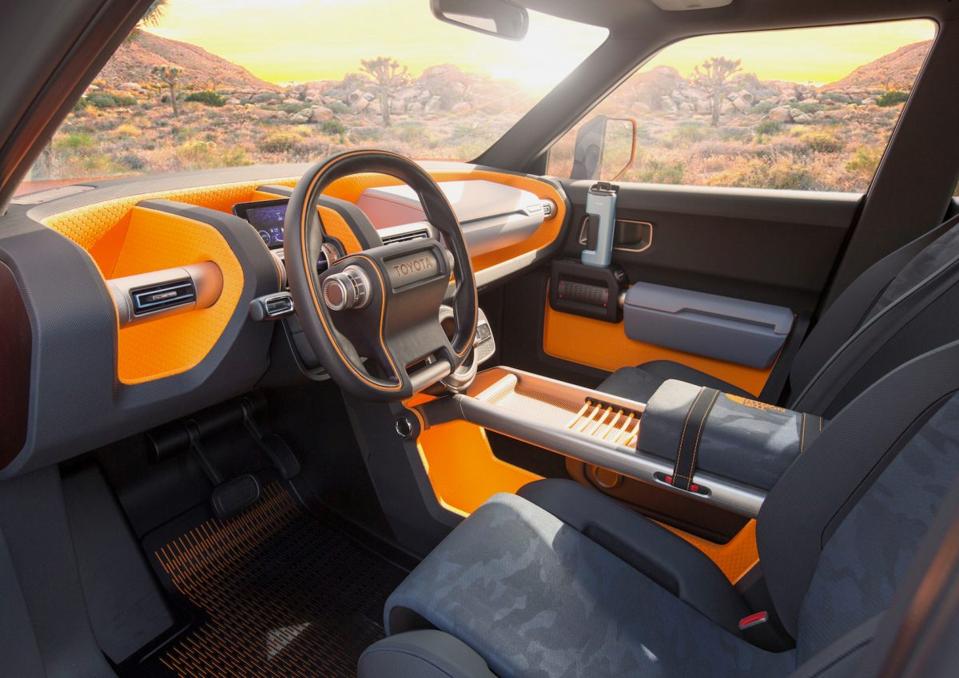 Targeting Millennials, the FT-4X gets removable water bottles for door handles, a removable boombox, flashlight and sleeping bag and a refrigerator in the rear door.

FT-4X has removable water bottles for door handles, a removable flashlight mounted in the ceiling, a removable boombox in the lower dashboard and a North Face sleeping bag that doubles as an armrest. Open the dual hinge rear doors and you’ll find a refrigerator on one side and a warmer on the other. One other cool feature is the innovative sat-nav functions that will be managed by your mobile phone, which slides into a socket on top of the digital gauge cluster.

The FT-4X sits on Toyota’s New Global Architecture platform, used by models including the C-HR. Japan’s No 1 carmaker was remaining hush hush about the powertrain, but one source close to the company suggested the FT-4X would most probably get a naturally aspirated 1.6 or 2.0 litre, 4-cylinder engine. 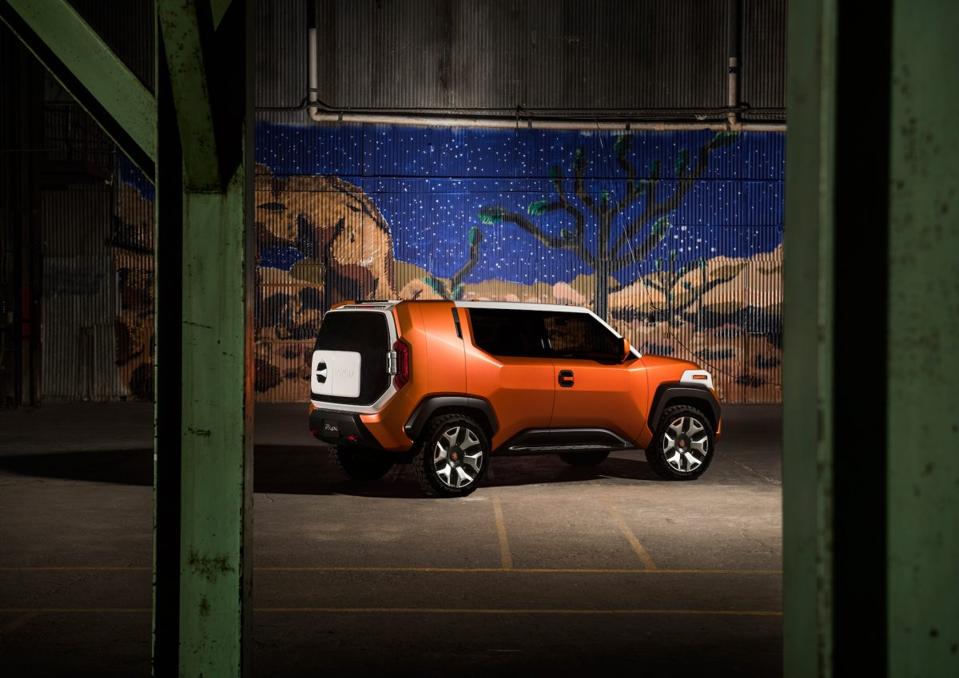 The green light for the FT-4X rests on response from motoring fans and media.

Meanwhile, an all-wheel-drive system with low range would make the production FT-4X a go-anywhere type of crossover, a fact that would enhance its appeal amongst Millennials.
While the build quality and finish of the FT-4X looked almost ready for production, Toyota says that it will first gauge response from the motoring public and media before green lighting the project. But from what I saw on that Toyota stage at the New York Auto Show, Toyota has struck a nerve that will not only resonate with Millennials, but more mature buyers too. I’ll go out on a limb here but I predict the FT-4X will land in showrooms from Los Angeles to Tokyo by the end of 2019.