Vehicles come loaded with so much technology these days that it can be difficult to take it all in during a short test drive. Because I test more than 50 cars a year, it’s easy for me to compare features across vehicles within a segment, and certain tech features stand out for either positive or negative reasons. Here are four tech features of the 2017 Genesis G90 3.3T Premium midsize luxury sedan that caught my attention, and deserve yours if you’re considering this car.

12.3-inch In-Dash Display
With more features being crammed into cars, drivers need to process an increasing amount of information while remaining focused on the road. Some cars make do by crowding more info into a display, while several vehicles in the luxury segment have migrated to using larger in-dash screens. The 2017 Genesis G90’s 12.3-inch screen matches the size of the largest displays found in several Lexus vehicles and in the 2017 Mercedes-Benz E-Class and features a similar split-screen capability. This makes it easier to discern information at a glance and for vivid rendering of navigation maps and the car’s Multi-View Camera System. 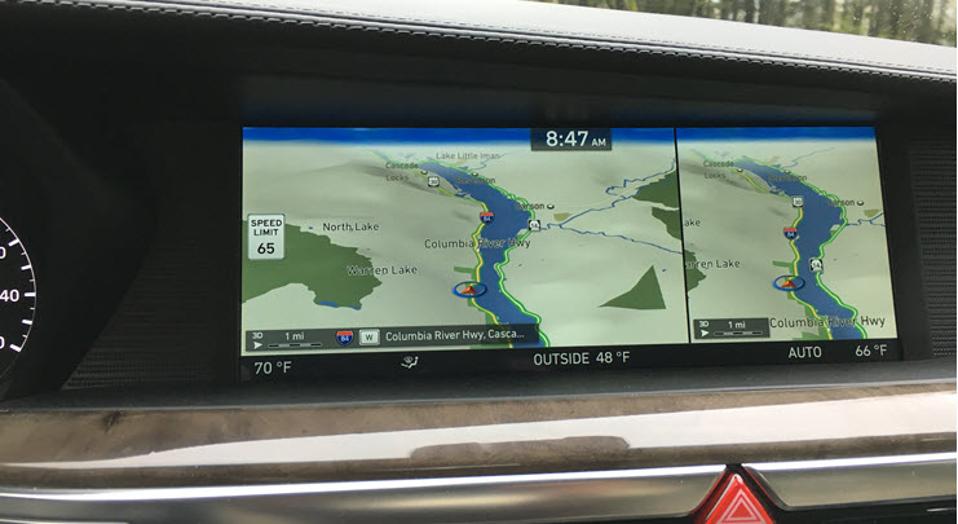 Center Console Infotainment Controller
The 2017 Genesis G90’s simple and straightforward infotainment interface – a rotary controller with just Home, Menu and Back buttons – works in tandem with the 12.3-inch screen to make it easy to access many of the car’s features. BMW iDrive and Lexus’s clunky mouse-like Remote Touch interface could learn lessons from this setup in simplicity and function. 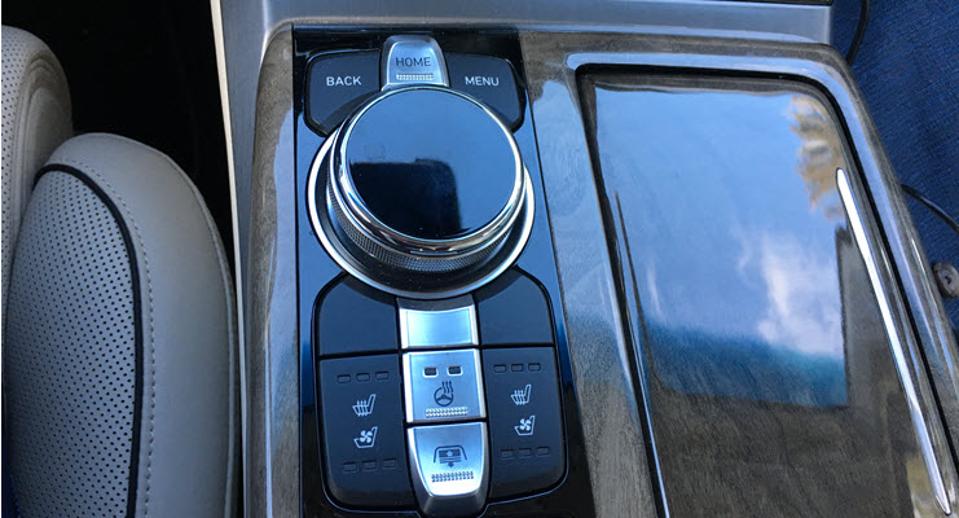 Rear Center Armrest Controller
An almost identical controller is integrated into the rear seat armrest, but with extra buttons and functions for passengers in the back, allowing them to lord over infotainment options as well as rear-seat climate controls and operation of a rear-window privacy screen. And there’s a lock-out in case those in front don’t want to give too much control to backseat drivers. 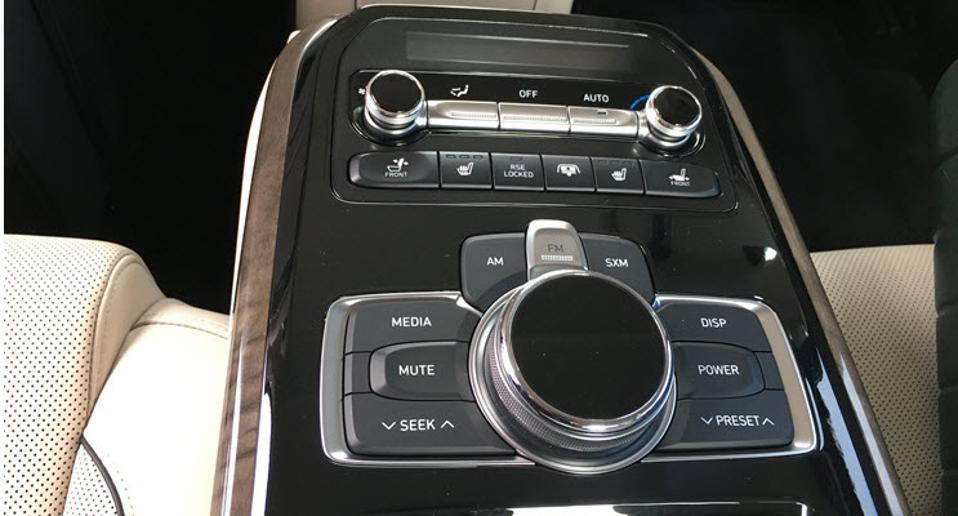 A controller integrated into the rear seat armrest allows backseat passengers to lord over infotainment options.

In a comparison test of high-end audio system in luxury cars I conducted for Edmunds.com in 2010, the Lexicon system in a Genesis 4.6 Sedan finished third behind the Lexus LS 460’s Mark Levinson system in second and the Acura TL ELS system in first place, but beat out systems from Bose, Bang & Olfusen and Bowers & Wilkins in other luxury vehicles. And unlike many luxury-brand premium audio systems, the Lexicon system in the Genesis G90 comes standard and offers great sound at no extra cost. 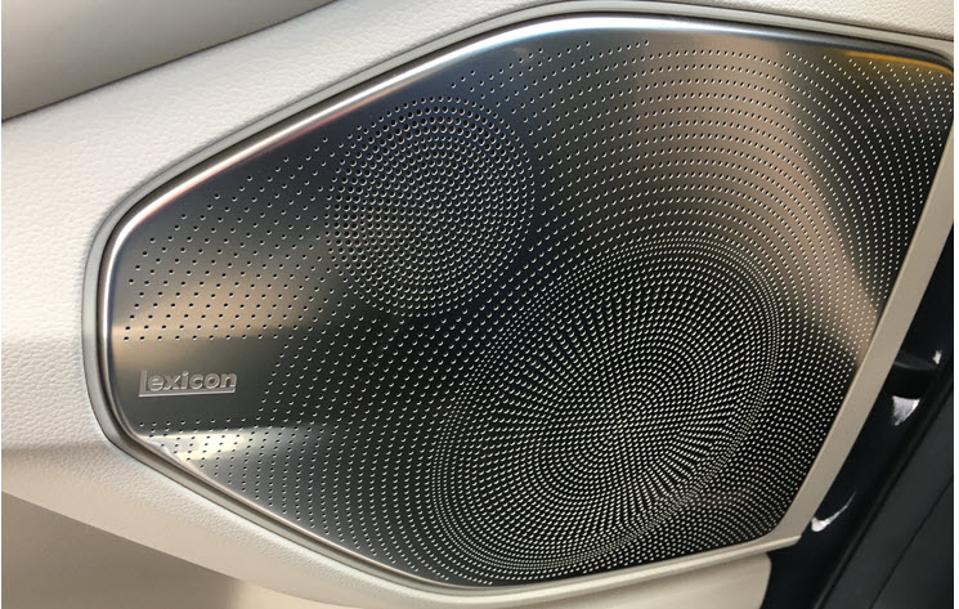 Unlike many premium audio offerings, the Lexicon system in the Genesis G90 comes standard and offers great sound at no extra cost