It is so easy to form a wrong first impression in China.

Drive the streets of Shanghai and all you see are Buicks, Audis, VWs, BMWs —  nowadays I even see a growing number of Tesla Model X’s.
Where are the Chinese cars? Yes, okay, there is an occasional sighting of a BYD electric car. But those commuter cars are on the road only because the City of Shanghai has generous policies to promote EV sales.
If you are a first time visitor, in town last week for the Shanghai Auto Show you might ask: Aside from the BYDs, does China even make its own cars?
Then someone shows you a list of the top ten best-selling vehicles in China. And you scratch your head.  Most of the brands and model names look like something from another planet.

Here are China’s best-selling vehicles in 2016, along with their sales totals for the year, according to the China Association of Automotive Manufacturers.

What does this top-ten sales list tell us?
Brands: Chinese brands account for 5 of the top 10 best-sellers. Wuling, Baojun, Trumpchi and Great Wall may not be household names in America. But they are in the People’s Republic.
What about the foreign brands? VW (Jetta, Lavinda and Sagitar) has three. Buick (Excelle) and Nissan (Sylphy) have one each. Note that each of these foreign brand cars have been produced in China for close to ten years. They feature very high levels of Chinese parts; they are essentially Chinese cars that carry foreign brand names.
Body Types: Five years ago, passenger cars totally dominated the best-selling list. Today, 5 of the top 10 are SUVs or crossovers. Important to note: All of the foreign models in the top ten are passenger cars. All of the Chinese models are SUVs or crossovers. China’s SUV sales will near 10 million units this year.
Scale: As a group, sales of the top ten models alone reached 3.85 million units in 2016. That’s almost the same size as the entire Japan market.  Last week, China’s Ministry of Industry and Information Technology projected that vehicle sales will reach 35 million units a year by 2025.
Prices: There is a correlation between price and volume but the line in China is not a straight one. The number-one selling Hongguang S1 van from Wuling starts at just over $9,000. But the number two Haval H6 is priced starting at $24,000, making this rugged SUV the most expensive model in the top ten. In between, prices ranges from $14,700 for the Trumpchi GS4 to $21,000 for the VW Lavida. (Compare these prices with the US where the average new car price has now crept up to $34,000).
Ownership: All of the best-selling foreign models are produced in joint ventures with Chinese partners. By law, the Chinese partner can own no less than 50% of the venture. Therefore, remember that for every Buick Excelle sale, only half of the revenues go to GM. 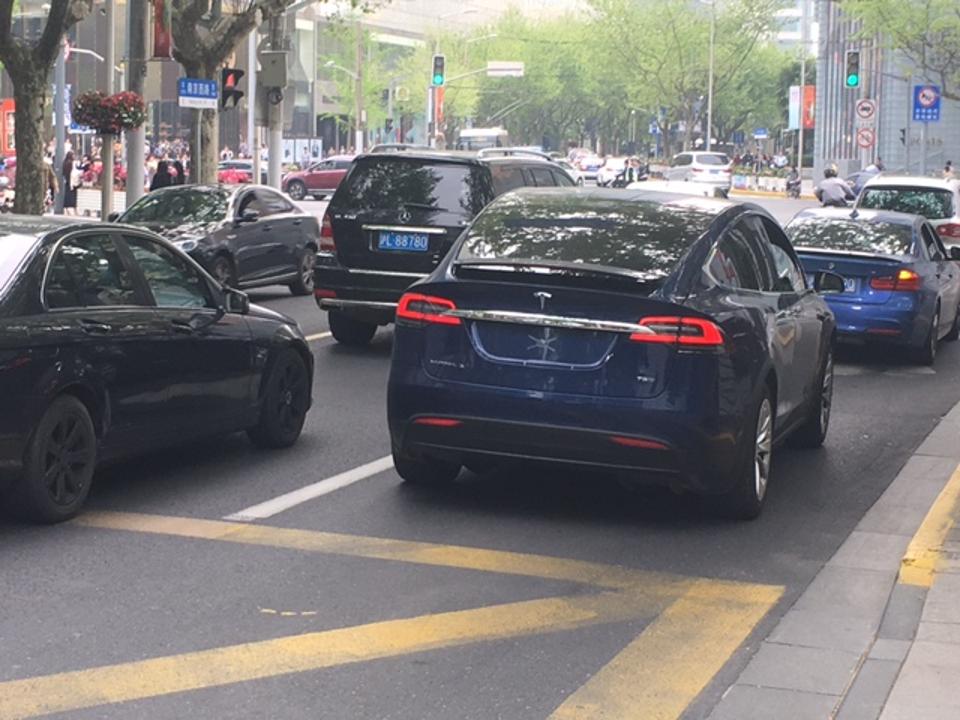 So, if Chinese brands are on the ascendancy, why are they so hard to find in Shanghai? Think of Shanghai as the New York City of China, an outlier when it comes to incomes, competition, fashion and social priorities. Shanghai’s wealthy consumers buy expensive cars to project their wealth. A Chinese car might be better value for money. But where’s the joy in arriving in an affordable Baojun, when you can show up in a Porsche, goes the thinking.

Travel west a few hundred miles to Anhui or Jiangxi Province and the picture changes completely.  There, where incomes are much lower, it’s (almost) all Chinese cars all the time.
Look for Chinese brands to leverage their dominance in inland markets to improve quality and gradually win more share in coastal cities like Shanghai, Shenzhen, Qingdao and Xiamen.
Chairman Mao, in an earlier era, coined a phrase for the strategy: “Take the countryside and surround the cities.”
Foreign brands, be aware: That strategy worked