Renault took India by storm with its $4,100 Kwid, and Nissan’s Datsun is about to do it again with the Kwid’s shorter sibling, the $3,700 redi-GO. But do they make money? Didn’t GM just give up on India because it can’t turn a profit on a Chevrolet Beat that is a little shorter, but much pricier than the Kwid? Before I did set out to go to India, an executive of a very large Japanese automaker urged me to look very hard into the Kwid’s profitability, because he had it on what he thought was good authority that Renault is losing money on the car. Does the Kwid make, or lose money? I went to India to find out.
“If you want to lose money, all you have to do is lose sight of your cost target,” tells me Gerard Detourbet, the father of the $4,100 Kwid, and the $3,700 redi-GO. “With me in charge, it is cost, cost, cost. And when I say cost, I say profitability.”
Detourbet, a mathematician by training, is the Renault-Nissan Alliance’s, and possibly the automotive world’s biggest penny pincher. Other carmakers brag how much they invested into a plant. Detourbet adds up on a whiteboard how little he spent to get the project going:

“Total cost was 400 million Euro [$450 million]. For that, the Alliance received a totally new modular CMF-A platform, a new gearbox, a new engine, and a 300,000 unit per year capacity production plant. The building was already there.”

These are eye-watering numbers. In the business, the development costs of a new platform often surpass a billion. The cost of a new plant (including the building) can be in a similar ballpark. A new modular platform, a new power train, two cars, and a new factory, all for less than half a billion, that is simply unheard-of.

“With the volume of India, the investment is already recouped. Tomorrow, when we develop Brazil …” and Detourbet’s voice trails off, knowing that he should not chat with reporters about future models.

Detourbet disrupted the auto industry first with Renault’s Logan, a car that sold by the millions in various shapes and brands. “With the Logan, everybody said no, you can’t make money on that, and in the end, the program was one of the best of Renault,” remembers Detourbet. “The Logan cut the price of a car in half, and now we cut that price in half again.”
Ask Detourbet for more proof, and he tells you that he is working for the most demanding boss in the industry, Carlos Ghosn, and that their discussions about a follow-on model are in the final stages.
If the Renault-Nissan Alliance makes a profit on the ultra low-cost cars, for sure Detourbet’s hard-squeezed suppliers must be losing money. Not true, as I find out on a tour of the Kwid’s parts makers. 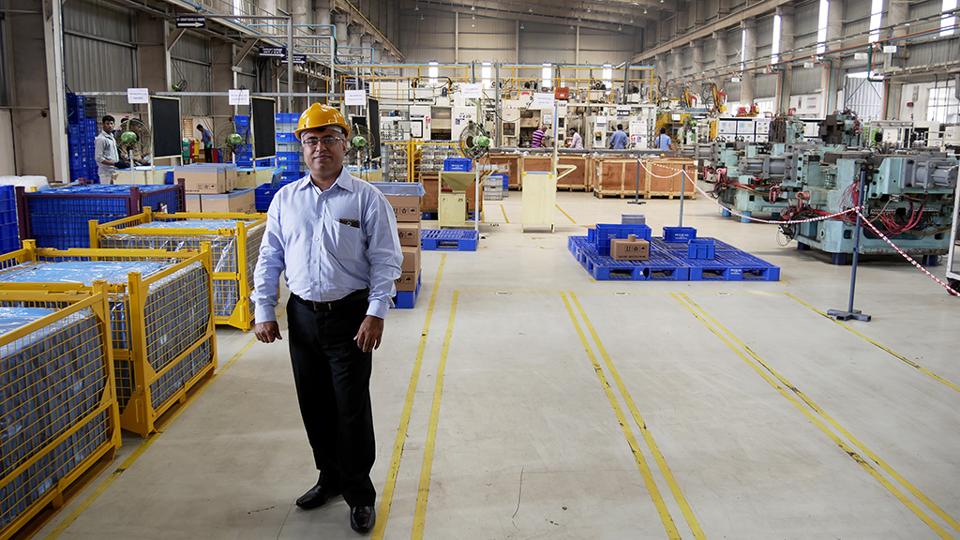 (c) Bertel Schmitt Sandeep Rajpal makes engine parts for the Kwid, “and a profit next year.”

Sandeep Rajpal is VP of RICO Auto Industries, a company that does aluminum casting, and it converts 1500 degree hot molten metal into parts of the Kwid’s engine. The Kwid’s purchasing chief Nuno de Morais took me to the RICO plant, and Rajpal gives him a nervous look. “We may not be making money with the Kwid this year,” Raipal says. I offer to send Morais out, and Rajpal confesses that he will “make money next year for sure.”

“Of course he would say that,” explains Detourbet later in the evening over dinner, ”RICO made a big investment into a new plant, and next year, it should be all paid off.” RICO appears to be happy with the returns. The company is already making overtures to buy Renault-Nissan’s casting operation at the Chennai plant, most likely in an attempt to eliminate in-house competition. I don’t think Morais is up for that. 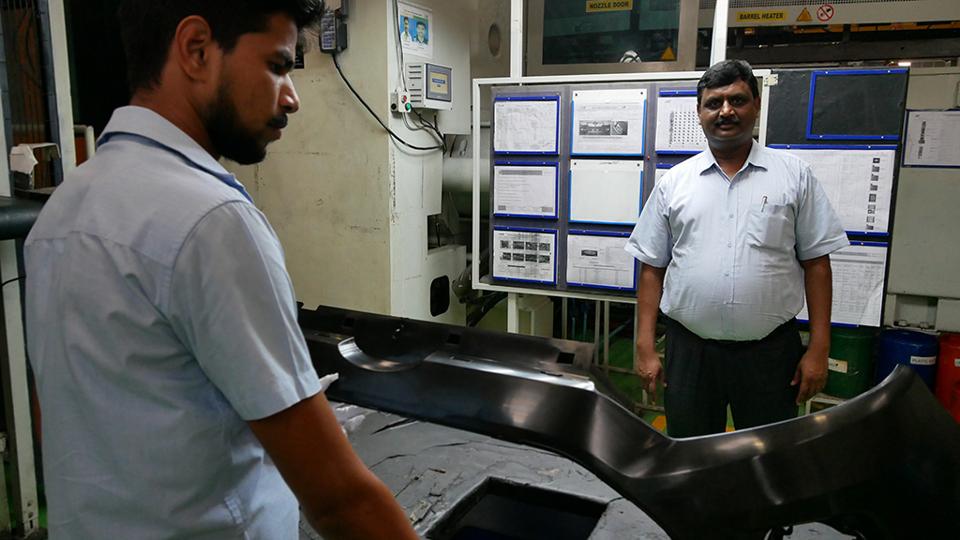 Srinivas Reddy is Senior Vice President of Motherson Automotive & Engineering, one of the many companies of the Motherson conglomerate. It was founded in 1975 by a mother and son duo, with a capital of 1,000 rupees ($17 in today’s money). From a lowly start of winding tape by hand around wiring harnesses, Motherson has grown to, at last count, 42 companies all over the world, and “$7.2 billion in annual sales” a proud Reddy tells me. Motherson makes most plastic parts for the Renault Kwid, and the Datsun Redi Go. Reddy says he’s making money with the parts. “Not a lot,” he says with a wary eye on a Purchasing Manager constantly on the hunt for fat, “but we definitely don’t lose any money.” 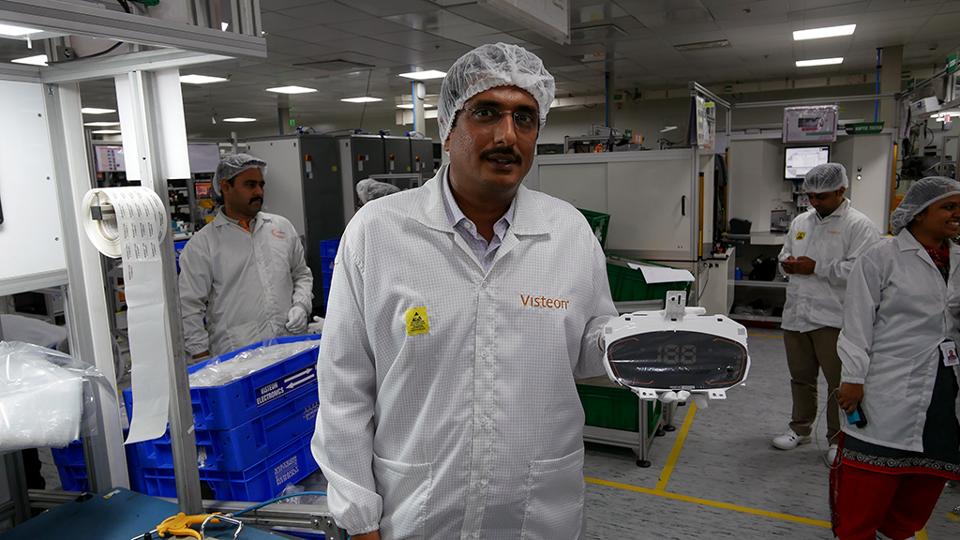 (c) Bertel Schmitt Easwar Hariharan makes the digital dashboard instrument of the Kwid, “and money in line with industry standards.”

Easwar Hariharan is General Manager of Visteon India. The company was created when Ford, just like many other large OEMs, spun off its parts business in 2005. Also like most, Visteon became a casualty of global carmageddon. Emerged from Chapter 11 in 2010, Visteon focused on automotive electronics, and is “now among the top 3 in that space,” Hariharan tells me. His company makes the all digital instrument cluster for the Kwid and Redi Go, and “yes, we make money in line with industry standards,” Hariharan confirms. 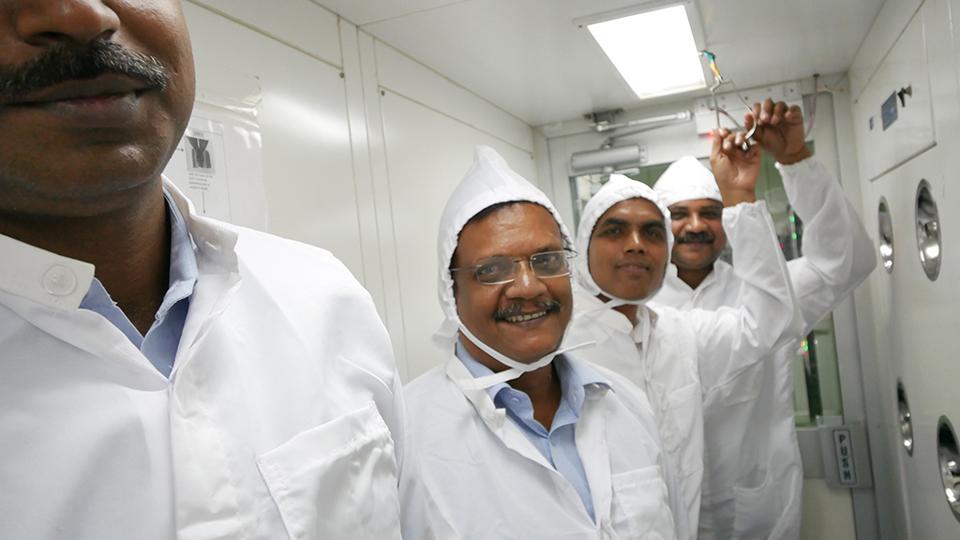 (c) Bertel Schmitt Cleanrooms are everywhere the Kwid is made

At the plastic maker, at Visteon, and in the paint shop of the Kwid, we are put in white overalls, we are blown and vacuumed, and enter clean rooms at each site. Never was I in three cleanrooms on the same day. The south of India is very dusty. 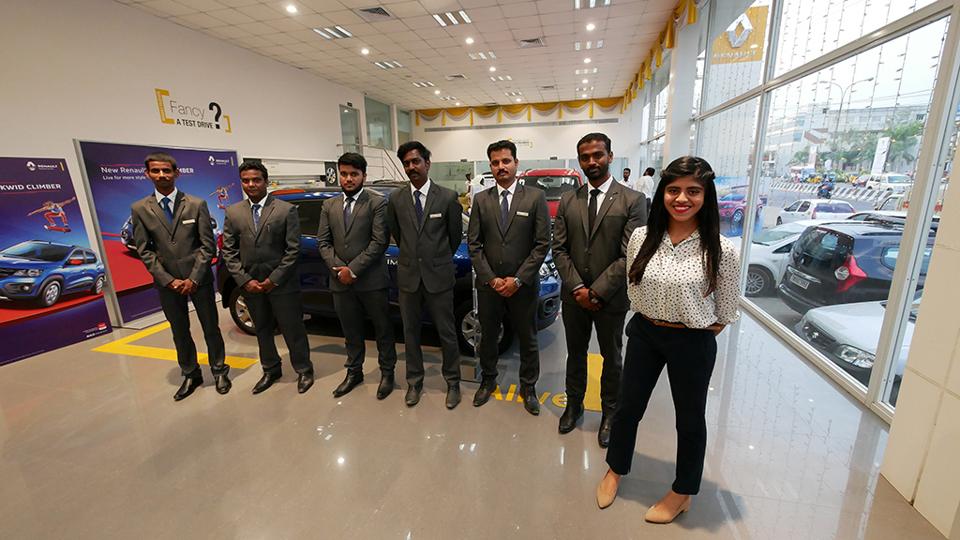 From the suppliers to the sellers.
Nikkitha Selvakumar owns one of Renault’s 270 dealers in India, Renault Kattupakkam, 10 miles from Chennai’s airport. The lady is young, but not new to the business, she also owns a Hyundai dealership. Does a Kwid dealer make money? New car dealers the world over operate on slim margins, Ms. Selvakumar is no exception with only a 3.5% markup. Her true margin is much bigger. Her cash machine is a wide array of optional Kwid add-ons, from chrome accents around the lamps front and rear to a choice of body graphics. Normally, that would be done at the factory, but with the Kwid, the job goes to the dealer, and Ms. Selvakumar makes 20% on that. 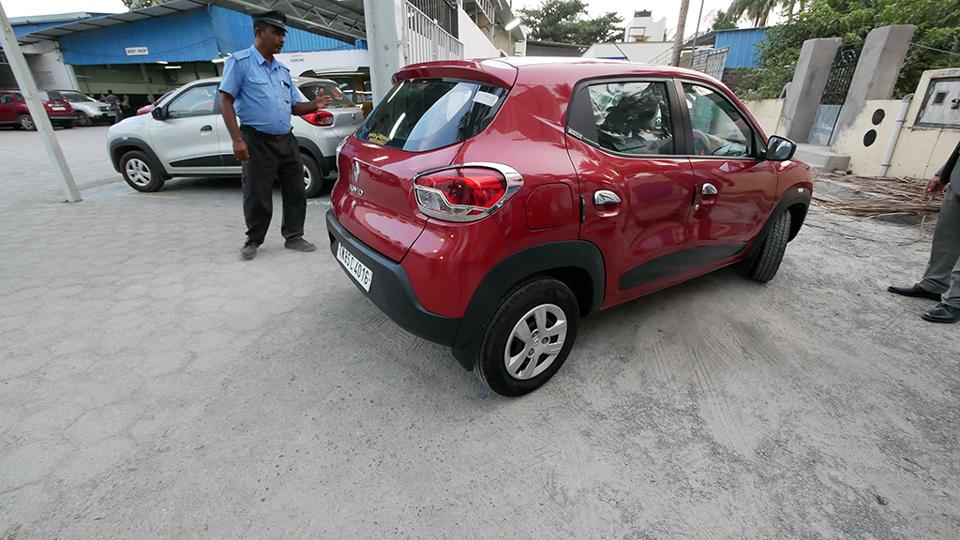 Her store reflects the frugal Kwid philosophy: Good looking, but no money wasted on extravagant dealer standards. The showroom is clean and simple, some black and yellow bunting, and a sign outside must take care of the corporate identity, that’s it. Further down the road is a new Volkswagen dealership, right out of the Volkswagen dealer manual: Imposing, luxurious, and devoid of customers. Ms. Selvakumar’s six salesmen are busy. A peek in the back uncovers a full workshop, and an even fuller body shop, moneymaking central in any dealership.