2017 Lincoln Continental – A Traditional Revival Of A Classic Nameplate

When Alan Mulally took the reins as CEO of Ford Motor Company in 2006, one of his goals was to shed all of the disparate brands then under the corporate umbrella with the exception of the blue oval. Over the next four years he did exactly that with one exception, Lincoln. While Lincoln wasn’t sold off or shuttered as Mercury was, neither did it get a whole lot of love either within the company or from customers. But as Mulally prepared to retire a few years ago, the groundwork was being laid for a Lincoln revival led by the return of the Continental nameplate. Recently, I’ve had the opportunity to spend quality time in both the capacious back seat as well as behind the wheel of a Continental.
The Continental we see today was not always meant to be this way. It replaces the unloved MKS which itself was something of a replacement for the defunct prior generation Continental. The MKS was among the numerous Ford Motor Company large vehicle products that utilized the Volvo-designed P2 platform. When the time came to replace it, the plan was always to shift to an enlarged version the latest C/D platform that also supports the Fusion, MKZ, Edge and MKX. However, back in 2011 as Ford was preparing to launch the new Fusion and MKZ we began to see spy photos of development mules for the new MKS. They featured Lincoln’s split-bow-wave grille that never really caught on with customers.
In 2014, Ford decided it needed more separation between Lincoln and the house brand and a more distinct design team was established, led by David Woodhouse. Somewhere along the line, the decision was made to discard the entire Lincoln design language that had been established by the 2007 MKR concept. The sedan that would ultimately revive the Continental badge went off in an entirely different direction in keeping with the brand’s new “quiet luxury” ethos. Rather than attempt to compete head on with Cadillac with something radical, Lincoln went more traditional.

Fuente: F
Traditional in this case doesn’t mean retro, although it’s not entirely original either. The result when I first saw it struck me as a cross between the Bentley Mulsanne with Jaguar’s current rounded rectangle grille. In combination with the leather and metal cabin appointments, the overall effect is not ostentatious, it doesn’t get the heart pumping, but it strikes me as very well executed. It has kind of an art-deco vibe to it.

There are plenty of really nice details such as the grille insert which from a distance looks like a typical mesh array, but up close you realize the forms are a repeating pattern of the Lincoln star logo. The door skins appear to lack handles with which to gain entry. But on closer inspection, you realize they actually flare out from the chrome surround on the lower edge of the side glass. 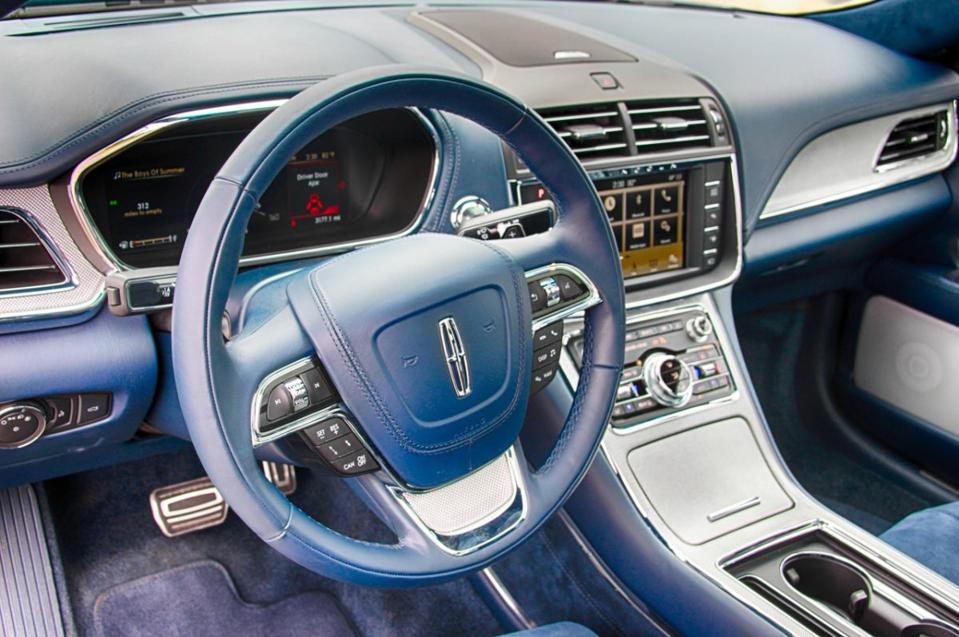 Inside, the Continental I drove was devoid of wood, instead featuring metal and leather. The metal speaker grilles feature a swirling pattern of drilled holes. Front seats have 30-way power adjustment with individual thigh support movement and power headrests. It took a while to tweak the seats but once I stored the settings into memory, it was effortless from then on. The Continental I drove also had the rear seat package with adjustable lumbar supports and a control console in the fold-down center arm-rest with audio and climate controls. 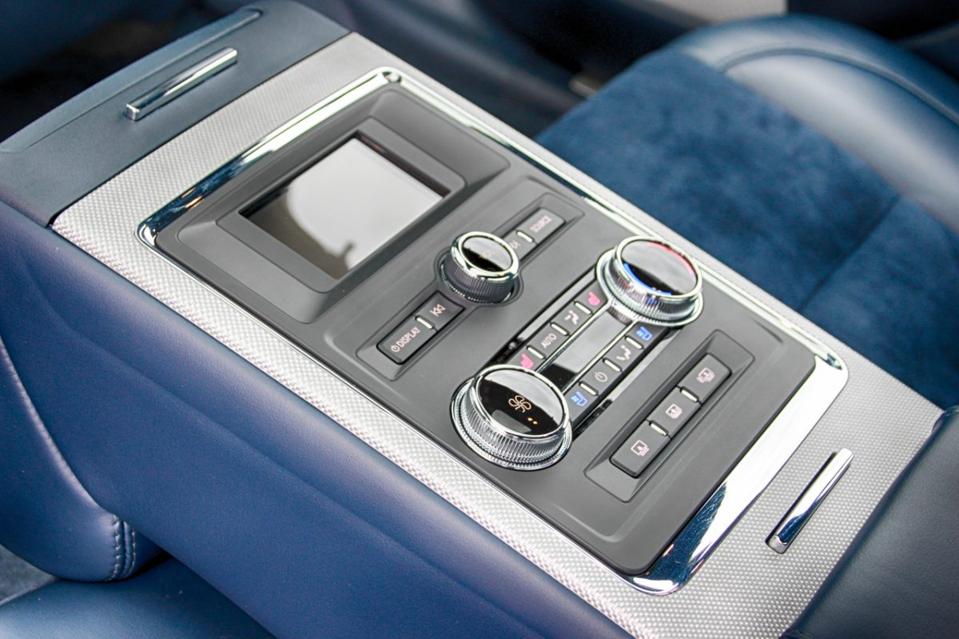 Each of the Lincoln models now offers range-topping Black Label packages. Black Label models are available in three different themes based around color and materials, with my tester being the Rhapsody Blue. In addition to the unique appearance, buying black label from Lincoln gets you free car washes any time, annual detailing services and four years of premium maintenance. Lincoln is also trying to expand the user experience beyond just driving by offering curated lists of restaurants, free pickup and delivery for service appointments and more. Similar services are now offered by many premium brands but it’s nice to see Lincoln thinking about more than just the cars they are selling.
All new Continentals get V6 engines with the 3.7-liter naturally aspirated unit as the price leader and the same 2.7-liter GTDI unit that powers F-150s, Edges and MKXs a step up from that. Note that Lincoln is no longer using the EcoBoost branding, leaving that exclusively to Ford. The top-end Continentals get the twin-turbocharged 3.0-liter version of the 2.7 that is currently exclusive to Lincoln. This engine generates 400-hp and 400 lb-ft of torque. Power is delivered to all four wheels through a variant of the performance all-wheel-drive system that debuted on the Focus RS but without features like drift mode that would be unseemly in a Lincoln That means that nearly full power can be delivered to either axle as needed and even vectored side to side to help with directional control.
orbes