This week, Automobili Pininfarina offered a small group of journalists a look at the exterior design and an interior buck of PF0, their $2 million 1900-horsepower EV hypercar prototype.

Automobili Pininfarina has entered that crazy development period when the PR men want to keep the project on the radar of the community of potential buyers, but progress is difficult to illustrate.
News here is limited to a few photos of the rear fins and diffuser, and a computer rendering that accurately illustrates exterior dimensions and shape. I saw this same blue car last summer at Pebble Beach at the Pininfarina Villa.

The photo below of Pininfarina design director Luca Borgogno with a 1960s Pininfarina-designed Ferrari tells much about origins of PF0’s front fender curves. Pininfarina has as rich a design legacy as any company on earth, a very deep well. 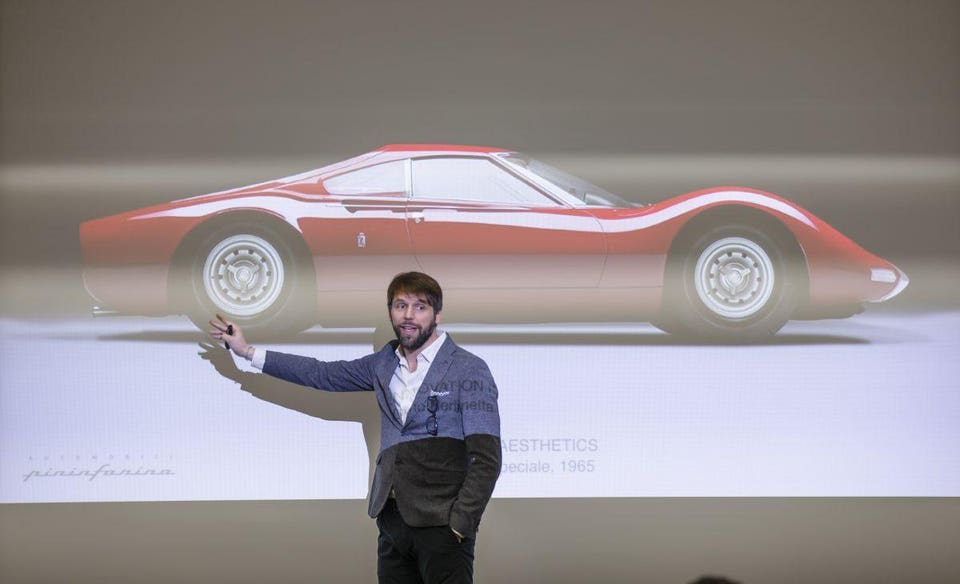 For those who might step up to buy one of the 150 PF0s, the interior shot is the real news. No, not because of the journalist bobbing around in VR goggles—that’s PR sizzle, Smoke and Mirrors School of PR, and likely an early stage of marketing componentry. In coming years, Pininfarina cars and SUVs will be ultra-low-volume, so VR will be a help selling early on. 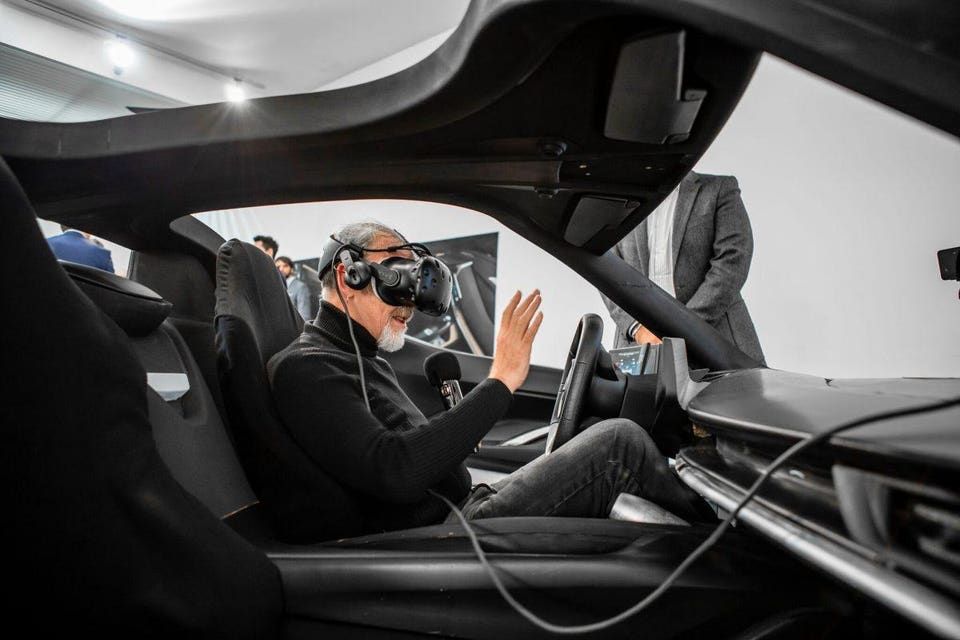 VR goggles are just showmanship, sizzle. More important are the shiny, slippery black plastic dash, door, and center console panels, which indicate early to mid prototype development stages. Photo illustrates design of door and roof. Also, the sweeping cantilevered dash. Interesting that they did not skin an interior buck in leather and carbon-fiber to give better illustration of their goals.PININFARINA

The image clearly shows current design of the doors and roof, the dash panel and the basic interior package, where you live while driving the car. The doors cut deeply into the roof panel, just like in a McLaren 720S. 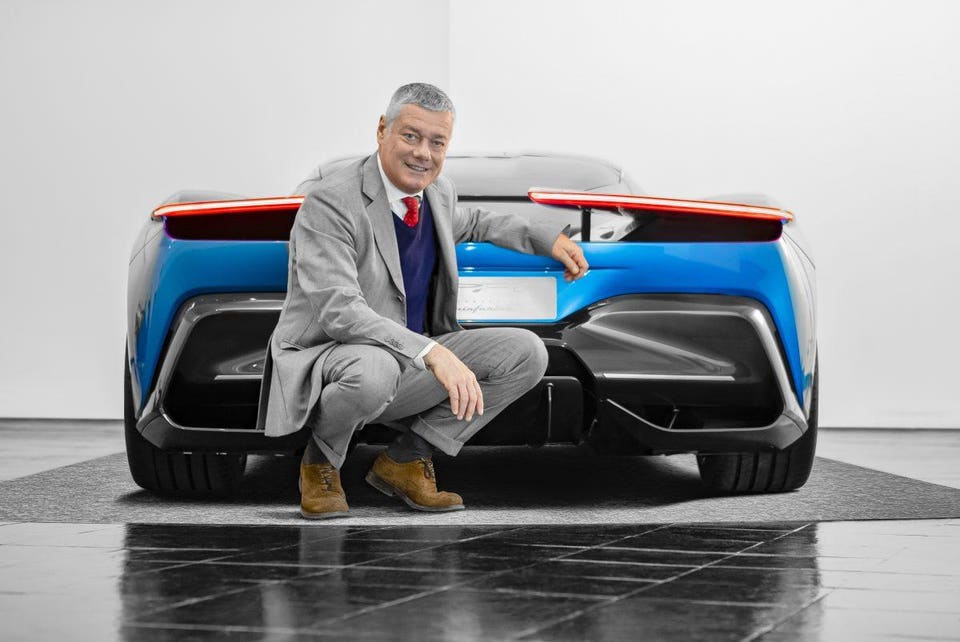 Paolo Pininfarina with the PFO. The rear fins are part of the aero package but also a design signature. Note massive diffusers. The car should be capable of well over 200 mph for short periods of time.PININFARINA

The shiny, slippery plastic of the dash, door and center console panels is typical of the early to mid-stages of prototype development. Pininfarina may have rapid prototyped a tool and then vacuum-formed the panels, which would mean they remain in early stages. Pininfarina might still be playing with the shapes of the door and interior, building bucks so employees can be filmed climbing in and out, to study ergonomics. Bodybuilding skills and human factors knowledge of this sort are among the critical assets the Mahindra Group wanted when they invested in Pininfarina, skills developed at Pininfarina designing Ferraris for a half-century.

If PF0 proves a success, Pininfarina will use design language developed with PFo to create a series of ultra-low-production sedans, GTs and SUVs.PININFARINA

Pininfarina should also be in early stages of chassis and powertrain development with their chosen hero driver, former F1 pilot Nick Heidfeld. With the combined electric equivalent of 1900 horsepower from four electric motors, PF0 will require deft scripting to balance massive torque delivery to each individual wheel under all performance and cruising conditions. Three cheers for those Tech Mahindra computer geeks grinding their lives away, feeding code to the Germans developing the powertrain and chassis in facilities near Munich. 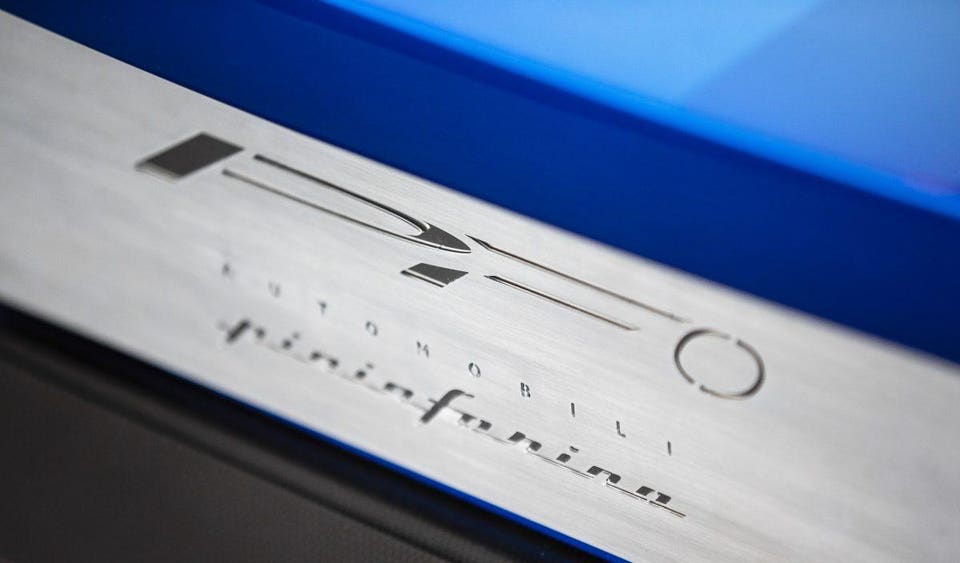 Pininfarina needs to step up soon and show development hacks underway on a track to build momentum. Following that, they can begin inviting select prospects to experience what a 1900-horsepower electric hypercar feels like. For serious collectors, PF0 should prove irresistible, harbinger of a potential all-electric future of transportation. And of course, the rush of pure electric acceleration.